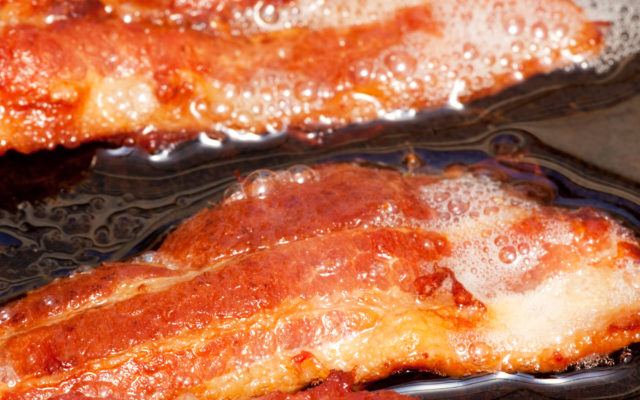 Bacon detail frying in a frying pan with grease

Many who have changed over to a plant-based diet admit that they still crave the taste of meat. If you’re still jonesing for a steak, relief could be on the way.
Teaming up with an Oxford professor, Irish vegetarian frozen food brand Strong Roots has developed a Meat Patch, similar to what smokers will wear for a hit of nicotine as they battle the urge to light up.

Except this is more of the scratch and sniff variety. Run a fingernail over the adhesive and it will release the scent of bacon.
Right now, the company has the patch in a trial phase, but they tell UK’s The Telegraph it could be out in the future.
Do you think this would actually work? Have you cut back or stopped eating meat? How do you combat cravings?