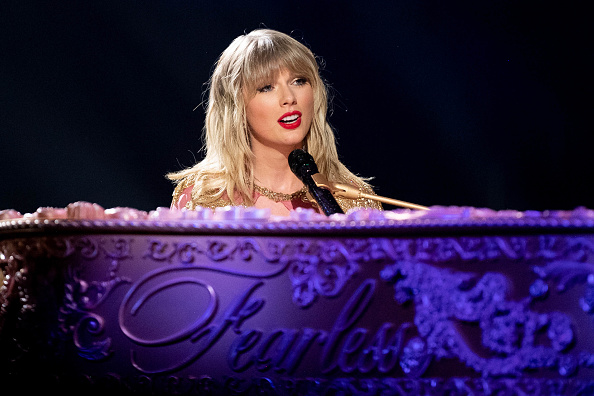 Taylor Swift seems to be working on the re-record of her album, “Speak Now,” and she has registered four new songs from the original album.  Released in 2010, “Speak Now” features Swift’s country hits such as, ‘Sparks Fly’, ‘Dear John’ and ‘Enchanted. A fan account tweeted a screenshot of the four allegedly newly registered songs on the Sony Music Registry and ASCAP (The American Society of Composers, Authors, and Publishers). The four registered songs are, ‘Drama Queen,’ ‘Better Off,’ ‘Castles Crumbling,’ and ‘Bother Me.’ The songs is said to be from Taylor’s vault of hits. “Better Off” is from her pre-Fearless era, while the other three are from her “Speak Now” era.  Which song is your favorite from Taylor Swift’s album, “Speak Now?”