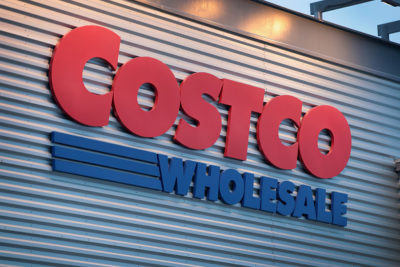 CHICAGO, IL - DECEMBER 12: A sign marks the location of a Costco store on December 12, 2018 in Chicago, Illinois. Costco is expected to report its fiscal 1Q19 on December 13. (Photo by Scott Olson/Getty Images)

Looming public health concerns have prompted some Costco locations to stop handing out free samples. USA Today reports that individual Costco stores in California, Washington, and Florida have halted the freebies. Although Costco has not officially said the reasoning is because of the threat of coronavirus, news of the temporary policy change has been all over social media channels.