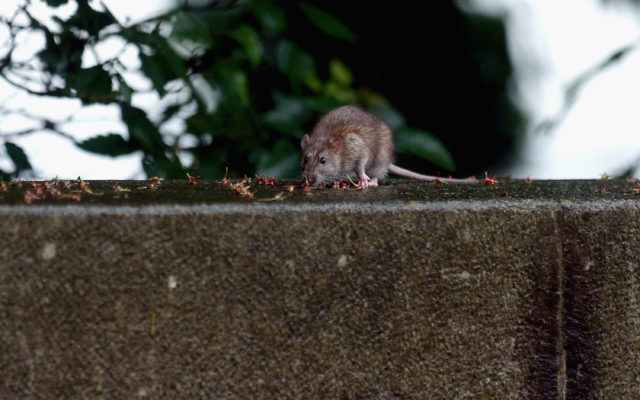 PASSAU, GERMANY - JUNE 03: A rat is saving itself on a wall, fleeing the rising river Inn on June 3, 2013 in Passau, Germany. Heavy rains across portions of Germany are causing flooding and ruining crops. (Photo by Johannes Simon/Getty Images)

Here’s a real-life Halloween nightmare: A New York man got swallowed up by a sinkhole filled with rats. 33-year-old Leonard Shoulders was walking to a bus stop in the Bronx when a hole opened up in the sidewalk.  He fell about 12 feet into an underground vault “teeming with rats”, according to the New York Times. His brother says Shoulders was afraid to move or even speak because “he was afraid there were going to be rats inside his mouth.” Fire crews eventually pulled Shoulders to safety.  He was taken to a hospital with injuries to his head and arm. Do you have a fear of rats, snakes, spiders, or any other small creature?