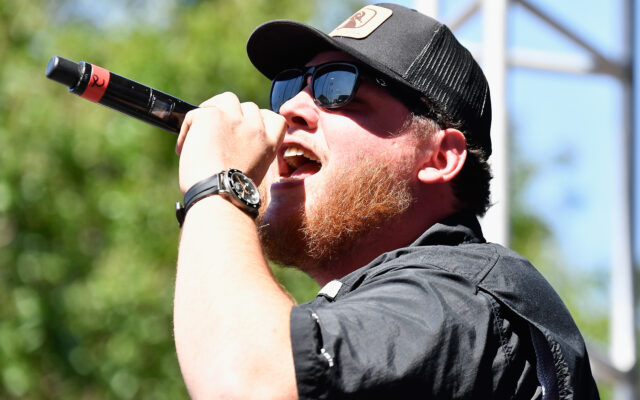 AUSTIN, TX - MAY 05: (EDITORIAL USE ONLY. NO COMMERCIAL USE) Luke Combs performs live during the 2018 Daytime Village at the 2018 iHeartCountry Festival By AT&T at The Frank Erwin Center on May 5, 2018 in Austin, Texas. (Photo by Frazer Harrison/Getty Images for iHeartMedia)

Luke Combs recently gave insight on the names that he and his wife, Nicole are thinking about when it comes to their baby boy.  The couple is expecting their first child and Combs told Audacy’s Rob + Holly at Tortuga Music Festival that there is a “shortlist” of baby names.  “[The name] is tight-lipped, but we are in talks. There’s a shortlist,” he said, before teasing that the name “rhymes with orange” and “rhymes with purple.” Luke says he really doesn’t care about the name as long as the baby is healthy. “If a damn alligator can come out, it wouldn’t matter to me as long as it’s healthy…I would teach him to sing, teach him how to eat a cheeseburger, [and] I could afford a good coach,” he said. “I have been [plotting] the takeover of the Nashville little league in the next five years — finding the best kids, building this unstoppable little league team.”  What do you think Luke Combs and his wife will name their son?