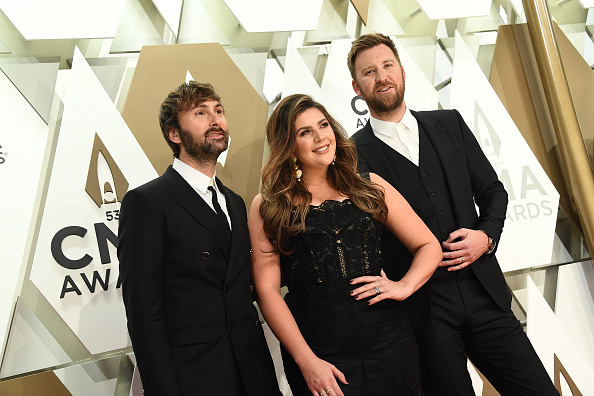 Lady Antebellum’s latest single is a 10–as in, their 10th #1. Nash Country Daily reports that “What if I Never Get Over You” took the top spot this week on both the Billboard Country Airplay and Mediabase charts, making it the trio’s first #1 hit since their 2014 smash, “Bartender.”

Co-written by Laura Veltz, Sam Ellis, Jon Green, and Ryan Hurd, “What If I Never Get Over You” is also the lead single off Lady A’s 2019 album, Ocean. “The moment we heard ‘What If I Never Get Over You’ we knew it was going to be an integral piece of Ocean,” the band’s Dave Haywood says in a statement. “It has been a long time since we released a mid-temp longing duet like this, which is so much of who we are and how we started. It sort of felt like coming home and we are grateful to the team behind us and country radio for believing in the song as much as we did from the start.”