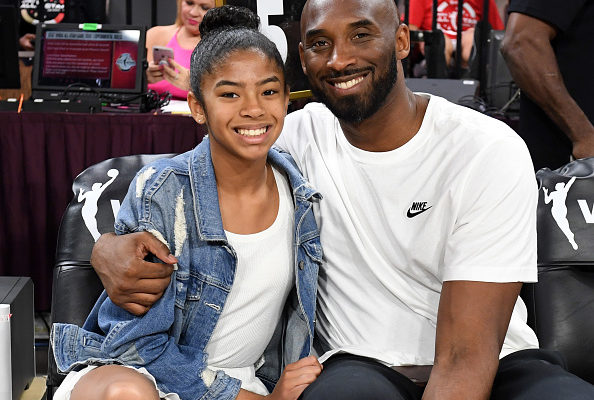 LAS VEGAS, NEVADA - JULY 27: Gianna Bryant and her father, former NBA player Kobe Bryant, attend the WNBA All-Star Game 2019 at the Mandalay Bay Events Center on July 27, 2019 in Las Vegas, Nevada. NOTE TO USER: User expressly acknowledges and agrees that, by downloading and or using this photograph, User is consenting to the terms and conditions of the Getty Images License Agreement. (Photo by Ethan Miller/Getty Images)

TMZ has confirmed that Kobe Bryant died in a helicoper crash in Calabasas Sunday morning. The NBA superstar was traveling with at least 3 other people in his private helicopter when it went down. Emergency personnel responded, but nobody on board survived. 5 people are confirmed dead. Reports state Vanessa Bryant was not among those on board.

The cause of the crash is under investigation. Kobe Bryant was only 41. RIP

UPDATE: Kobe’s 13 year old daughter Gianna Maria Obote, who goes by GiGi, also died in the crash, reps for Kobe told TMZ. They were reportedly on their way to the Mamba Academy, in nearby Thousand Oaks, for a basketball practice when the accident occurred.