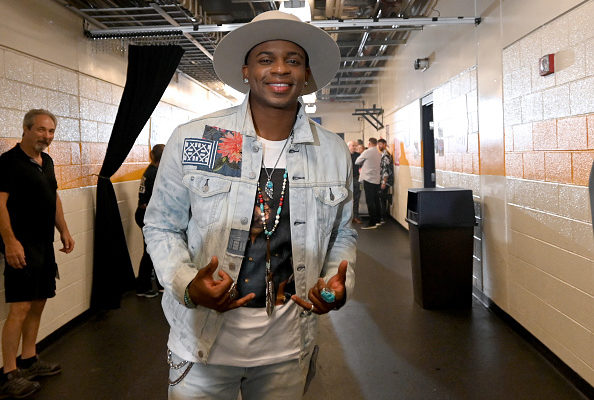 “I thought getting a #1 [single] was going to be the best part of my day, but then my daughter, Naomi, was born yesterday,” Allen said Monday in a radio interview. “The baby’s middle name is Betty, we named her after my [late] grandma, so her initials are NBA, go figure. And my grandma’s birthday was actually March 13, my mom’s birthday is March 7 and Naomi’s birthday is March 1. And [fiancée] Lexi is laying right here looking awesome.”

Allen, who also has a 5-year-old son from a previous relationship, is set to embark on a tour of Europe and Australia in just a few days. “Thursday, we head out of the country for about three-and-a-half weeks,” he said. “It’s been a good day, definitely thankful for it.” Allen and Gale revealed they were expecting a girl last year when they shared a gender-reveal video shot at the Walt Disney World Resort in Orlando, Florida–the same place where he proposed.