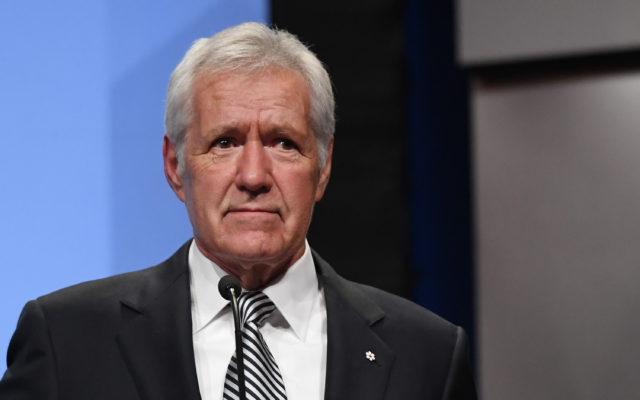 LAS VEGAS, NV - APRIL 09: "Jeopardy!" host Alex Trebek speaks as he is inducted into the National Association of Broadcasters Broadcasting Hall of Fame during the NAB Achievement in Broadcasting Dinner at the Encore Las Vegas on April 9, 2018 in Las Vegas, Nevada. NAB Show, the trade show of the National Association of Broadcasters and the world's largest electronic media show, runs through April 12 and features more than 1,700 exhibitors and 102,000 attendees. (Photo by Ethan Miller/Getty Images)

Jeopardy! will now forever be linked with its iconic host, Alex Trebek. On Monday, the show officially renamed its set ‘The Alex Trebek Stage’, dedicating it with a special bronze plaque outside the studio. Trebek’s family – wife Jean, son Matt, and daughters Emily and Nicky – were on hand for the big reveal on Monday. Who’s your pick for the next Jeopardy! host?