Jake Owen Announces 2020 Acoustic Down to the Tiki Tonk Tour

Jake Owen will strip down next year–musically speaking, of course. The country stud has just announced an eight-date acoustic headlining tour for 2020. Nash Country Daily reports that Owen’s Down to the Tiki Tonk tour kicks off February 14 in Des Moines, Iowa, and makes stops in such cities as Green Bay, Wisconsin; Cedar Rapids, Iowa; Lancaster, Pennsylvania; and Augusta, Georgia, before wrapping up in Mobile, Alabama, on March 15.

Owen will reportedly play acoustic renditions of songs from his recent album, Greetings From…Jake, with Larry Fleet serving as his opener. “Sitting on a bar stool, just playing a guitar and singing songs is how I first started making music and is what first led me to fall in love with performing,” Owen says in a statement. “It just takes me back to the real roots of where and why you started doing this in the first place.” Tickets go on sale on December 13.

Down to the Tiki Tonk Tour

Britney Spears’ Agent Is “Done Being Silent”, Lawyer Files To Remove Her Dad As Conservator

Why Are People Eating Oreos With Salsa? 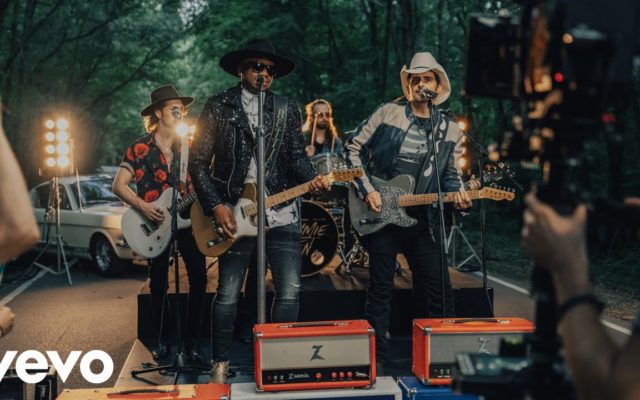 Check Out The Video For Jimmie Allen and Brad Paisley’s “Freedom Was A Highway.”

Get Over It: Blake Shelton’s Message To Snubbed Friends

Garth Brooks is bringing his Stadium Tour to Seattle