Is The “Sonic The Hedgehog” Movie For You?

I have to admit, when I saw the trailer for Sonic The Hedgehog, I thought to myself, “My goodness, what is this hot garbage?” But after a day of mulling it over, it has occurred to me that the movie, is in fact, not for me, a 36 year old man.  Yes, Sonic is a character that I grew up with.  He was Sega’s version of Mario, and he was beloved by many.  Me?  I was a Nintendo man, I never owned a Sega Genesis, and only played the Sonic games at friends houses, so I don’t have the same emotional attachment as some.  As far as I’m concerned, there hasn’t been a good Sonic game in years, and while kids may know the character, they don’t have the connection to the character that people my age may have.

Now, Paramount has made a movie that will introduce the fleet footed rodent to a new generation of kids, but it’s ADULTS on the internet that are ripping the movie to shreds.  It’s a movie about a super fast, ring collecting, speaking, blue hedgehog.  Adults, including myself are most likely going to hate it.  But, the thing is, IT’S NOT FOR US!  I’m a gamer, I play my X-Box and Nintendo as much as I can, and as much as I love my Mario games, if a movie were to be produced (No, I’m not acknowledging the previous live action Mario movie, even as a kid, I knew it was garbage), I would understand that it was not being made for me, but for my non-existent children.

Adults getting all riled up over a kids movie is silly to me.  I know that a lot of us grew up loving Sonic, and yes, a lot of us still love playing those classic games, but this movie isn’t for us.  Does it look awful, yes.  But your kids are probably going to love it.

Will you be seeing the Sonic The Hedgehog movie?  Are your kids excited?  Sound off in the comments section below!

Bond Is Back In Theaters In October

The music world said goodbye to a rock legend today. 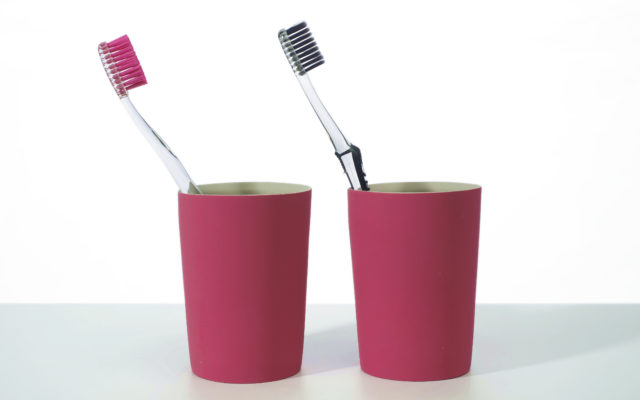 Dentists Reveal the Correct Order To Brush Your Teeth, Floss, and Use Mouthwash

5 hours ago
Connect With Us Listen To Us On