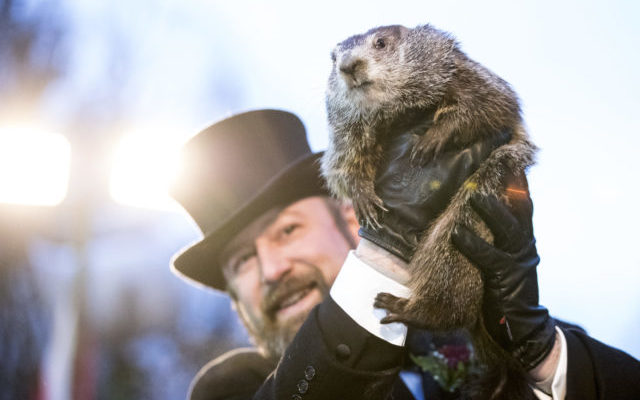 Spring is on its way, according to Pennsylvania’s resident weather-predicting groundhog, Punxsutawney Phil, the AP reports.

The famed furry critter did NOT see his shadow on February 2, and according to an old German legend, that means winter will soon end. Had Phil seen his shadow, winter would be predicted to continue for six more weeks. In reality, a group of insiders on a hill called Gobbler’s Knob — yes, that’s the actual name — decide Phil’s prediction ahead of time. This year’s prediction is a rare one, as the groundhog has predicted winter more than 100 times since 1887.