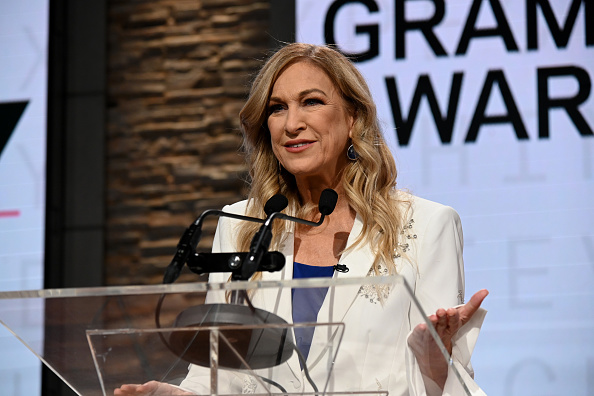 News broke late Thursday that the president/CEO of the Recording Academy, the organization which presents the prestigious Grammy Awards, has been placed on administrative leave. Deborah Dugan, who has been in the role only since August 1, was removed from her position by the Academy’s Board of Trustees due to what a memo called a “formal allegation of misconduct by a senior female member of the Recording Academy team.”

It’s unclear what exactly that entailed, although The New York Times reported that the assistant to Neil Portnow, who was previously president and CEO, allegedly reported Dugan for having what the paper called a “bullying management style.” However, The Times also reported that Dugan herself recently sent a memo to HR about troubling issues she saw, including what they termed “voting irregularities, financial mismanagement, [and] ‘exorbitant and unnecessary’ legal bills.”

Variety, meanwhile, reported that some sources see her removal as a “coup” by people who weren’t a fan of her style, while Billboard cites insiders noting that her desire to shake the status quo ruffled feathers. Dugan’s lawyer, Bryan Freedman, issued a statement noting that “what has been reported is not nearly the story that needs to be told. When our ability to speak is not restrained by a 28-page contract and legal threats, we will expose what happens when you ‘step up’ at the Recording Academy, a public nonprofit.”

The Grammy Awards are still due to take place on January 26.

Tyler Perry Is Bringing “Madea” Out Of Retirement

Chris Lane will “Fill Them Boots” this fall