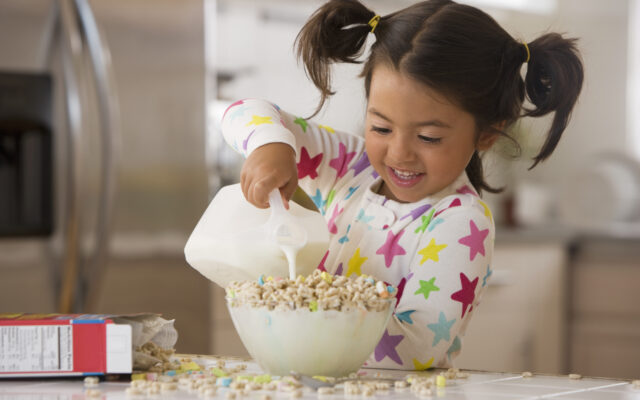 General Mills is bringing back their Cereal Squad collectible toy characters in specially marked boxes of cereal.  The toys will appear in Cinnamon Toast Crunch, Lucky Charms, Trix, Honey Nut Cheerios, Cocoa Puffs and Cookie Crisp and will be focused on the 90s. Toys up for grabs this year include, Buzz the Bee, The Cinnamojis, Lucky the Leprechaun, Sonny the Cuckoo Bird, Trix the Rabbit and Chip the Wolf. One of General Mills’ most popular characters from the 90s, Wendell the Baker, will also be available in a limited number of boxes. Cereal fans can collect all of this year’s toys nationwide beginning this month. What’s the best cereal box toy you ever got?

Little Big Town’s visiting Friends of Mine on tour