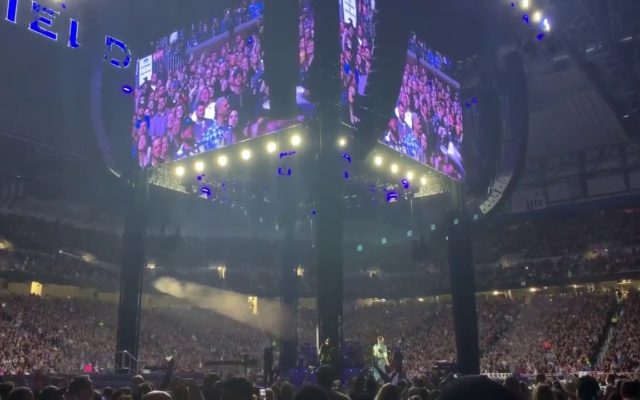 Presidential candidate Bernie Sanders is not NHL Hall of Fame running back Barry Sanders. Now somebody go tell that to the Garth Brooks fans who saw him in a Sanders football jersey this week and assumed he was endorsing the Democratic socialist. “Detroit, you carried me all night long. But you always have. I’m in love with you!” Garth wrote earlier this week on Instagram after playing the city’s Ford Field–home of Barry Sanders’ Detroit Lions. While the hometown crowd reportedly appreciated Garth’s sartorial shoutout to their retired hometown hero, fans online presumed Brooks’ jersey was a tacit plug for the Vermont senator’s campaign. “Love you, hate the shirt,” one follower wrote, while another complained, “If this is truly Garth, very sad. You just lost a fan. #Trump2020.” One fan even asked Garth, “Weird that a millionaire would like a socialist. Hey, Garth, are you going to distribute your millions?”

Not only did Garth wear Barry Sanders’ jersey during the show, but he also told the crowd, “You guys have got the greatest player in NFL history, in my opinion…He’s also one of the greatest human beings that you’ll ever get to witness or be with. It’s an honor to wear this jersey tonight.”