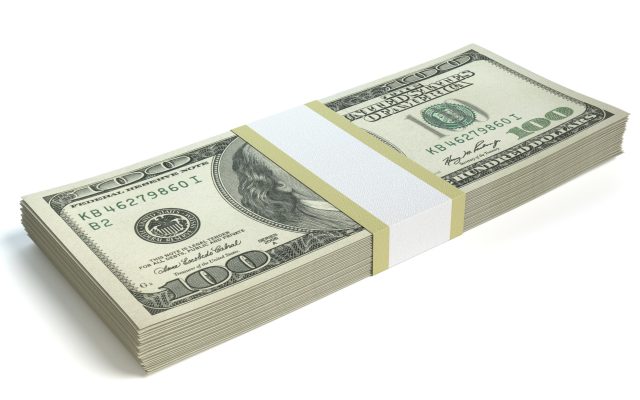 3d illustration of a stack of money

As if the skyrocketing price of gas hasn’t been putting a big enough dent in consumers’ wallets, a new report reveals the price of food has been climbing at an unprecedented rate as well. In the past year, the average cost of groceries has risen by 9 percent, according to the U.S. Bureau of Labor Statistics. Approximately 1.4 percent of that increase occurred in February, marking the highest monthly increase since April 2020, the bureau reports. The food that’s seen the highest price hike? Bacon. In the past year, its price has gone up by 18.8 percent, according to the report. Have you had to change your spending habits in the past year?