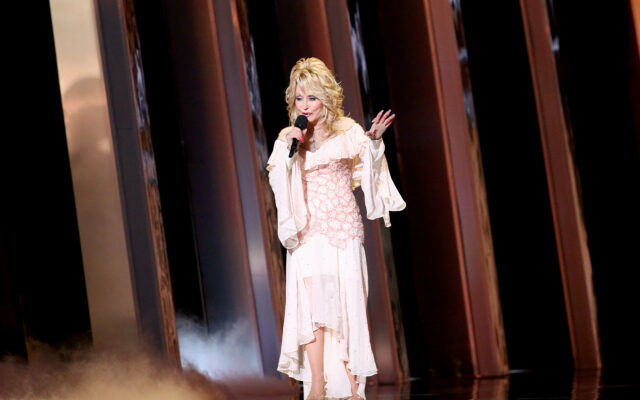 NASHVILLE, TENNESSEE - NOVEMBER 13: (FOR EDITORIAL USE ONLY) Dolly Parton speaks onstage during the 53rd annual CMA Awards at the Bridgestone Arena on November 13, 2019 in Nashville, Tennessee. (Photo by Terry Wyatt/Getty Images,)

In a new interview, the country legend said the album may be one of her best yet. She explained, “I really think it’s some of the best work I’ve ever done. I think so. Only because it’s different for me. I wanted it to be good.” The singer says she first got the idea when she was nominated to be in the Rock &amp; Roll Hall of Fame earlier this year, and thought, “Well, if they wanna give it to me anyhow, I’m going to accept it gracefully. And then I’m gonna go ahead and do a rock album and just make the most of it.” Do you like the idea of Dolly Parton rocking out?  What rock song would you like to see her cover?