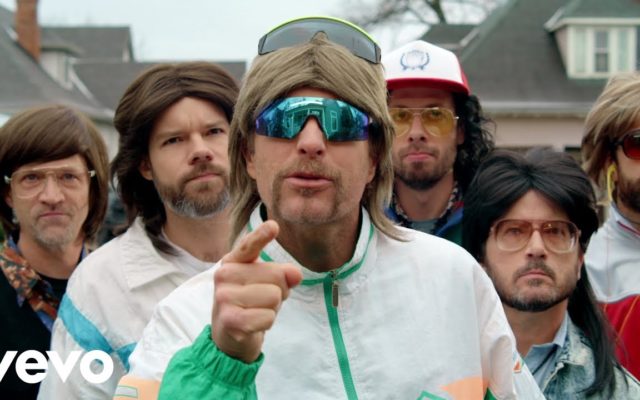 Dierks Bentley’s faux-’90s cover band Hot Country Knights will be serving up their first studio album on May 1. The band announced that the 10-track LP, titled The K Is Silent, will feature previously released singles “Asphalt” and “Pick Her Up,” plus a Terri Clark collaboration called “You Make It Hard” (ha!) and a track named after the band. Says Bentley’s alter ego, faux frontman Douglas “Doug” Douglasson, “This is all original material, and it’s the best stuff to come out of Nashville from a man band in several decades.”

Meanwhile, the band added on Twitter that The K Is Silent is not only their debut album, but also “our greatest hits album.” In a funny video announcing the project, Douglasson tells his bandmates, “Just do what Doug tells you to do. You’ll be fine.” He later says that LP’s cover art will feature “six clouds–my cloud’s a little bigger.”

Our debut album, which is also our greatest hits album, “The K Is Silent“ is coming your way on May 1! Pre-order now! https://t.co/e5OYtASl2N pic.twitter.com/tzxUnEPgfO