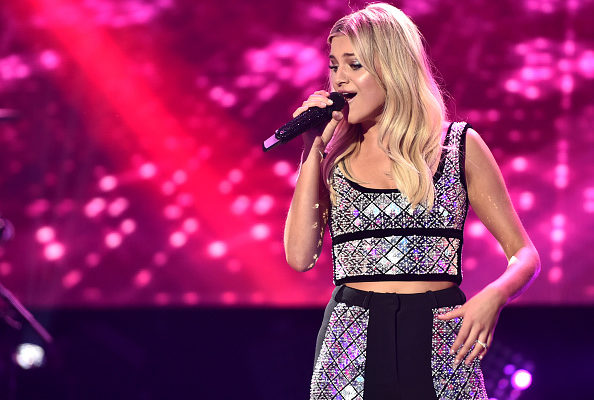 Kelsea Ballerini was a no-show for Monday night’s CMT Awards (April 11) due to a positive COVID-19 diagnosis 19 days before the show.  The last-minute change had CMT officials switching one KB for another. Three-time CMT Award host, Kane Brown filled in for Ballerini. However, It didn’t stop the singer from making an appearance during Country’s big night.  During the opening monologue featuring Captain America, a.k.a Anthony Mackie, several celebs interrupted Mackie and tried to take Ballerini’s place including Martina McBride and Thomas Rhett.  Then one last interruption came from Ballerini who appeared on a big screen virtually from her living room. Mackie teased that Ballerini was “pretty dolled up for a sick person.” “This is my normal Monday night, sitting around in full glam with really good lighting I set up myself in my living room,” teased Ballerini.  What did you think of the CMT Awards? Who had the best performance?