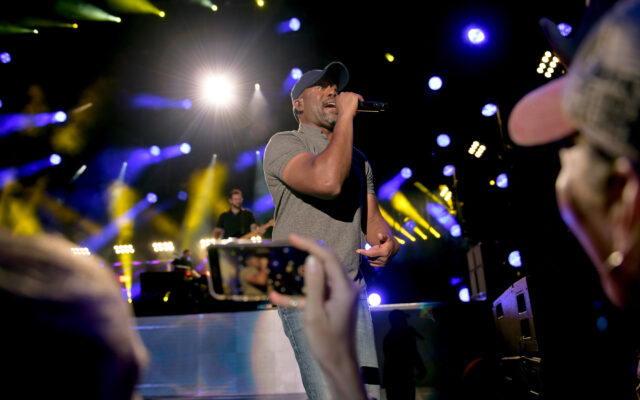 NASHVILLE, TN - JUNE 07: (EDITORIAL USE ONLY) Singer-songwriter Darius Rucker performs onstage during the 2018 CMA Music festival at the Nissan Stadium on June 7, 2018 in Nashville, Tennessee. (Photo by Jason Kempin/Getty Images)

Darius Rucker plans to release a new album titled Carolyn’s Boy next year in memory of his late mother. Carolyn’s portrait is the album artwork. Rucker said about his upcoming release, “I wanted to name the record Carolyn’s Boy because Mom never got to see any of my success. She died before any of this happened, so it’s just another homage to the greatest woman I’ve ever known.”  Rucker’s recent tracks, “Same Beer Different Problem” and “Ol’ Church Hymn” (featuring Chapel Hart), will be featured on the new album. What do you think of Darius Rucker’s latest songs? Which is your favorite?