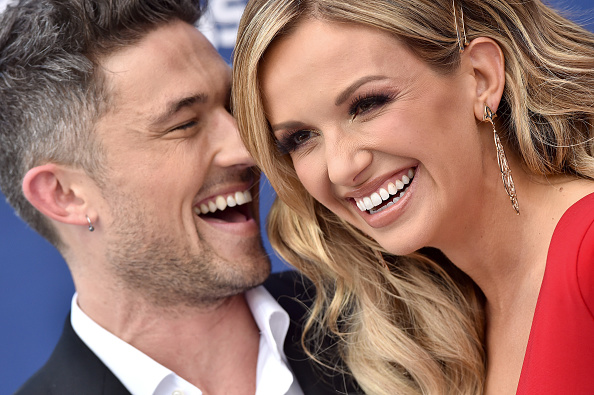 Carly Pearce is ready to spread the love this Valentine’s Day with the release of her new, self-titled LP. And to celebrate Friday’s release of Carly Pearce, the singer’s also shared the album’s duet with husband Michael Ray called “Finish Your Sentences.” Pearce tells Nash Country Daily about the track, “Scott Borchetta and Thomas Rhett actually sent me that song while I was on the road, and Michael and I had just started dating. And they were like, ‘We want you to sing this with your new boyfriend.’ And I was like, ‘Well, no, because what if we break up?’” Now that they’re husband-and-wife, she adds, “This really did embody what that first stage was for us. We love singing together. So now it will be great to have our own song.”

Rhett’s co-writers on the track were Kelsea Ballerini, Ashley Gorley and Jesse Frasure. Carly Pearce also features Pearce’s duet with Lee Brice, “I Hope You’re Happy Now,” as well as the previously released singles “Closer to You,” “Heart’s Going Out of Its Mind” and “Call Me.”