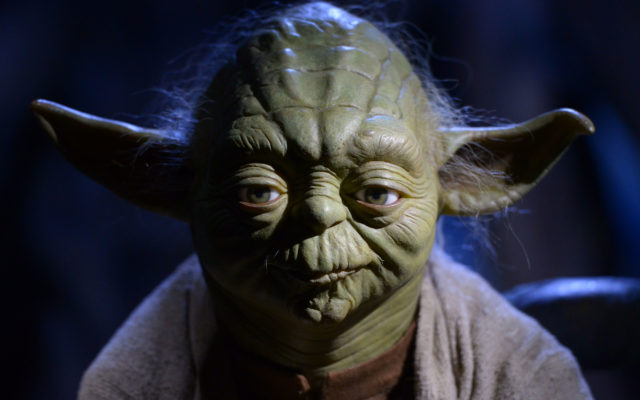 LONDON, ENGLAND - MAY 12: A wax figure of Star Wars character Yoda on display at 'Star Wars At Madame Tussauds' on May 12, 2015 in London, England. (Photo by Stuart C. Wilson/Getty Images)

Baby Yoda is cruisin’ to new heights. A plush toy version of the creature (which stole people’s hearts in The Mandalorian on Disney+) has been spotted bouncing around alongside the four astronauts who were part of the SpaceX mission that blasted off on Sunday. The crew docked with the International Space Station late Monday night. No official confirmation yet as to how or why Baby Yoda got picked for this mission. What’s one special thing you would take with you into space?