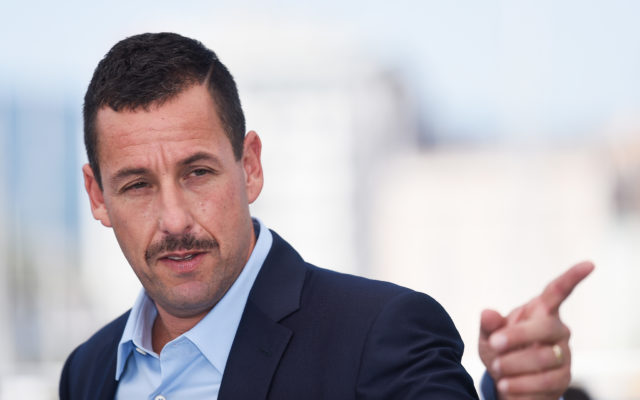 CANNES, FRANCE - MAY 21: Adam Sandler attends the "The Meyerowitz Stories" photocall during the 70th annual Cannes Film Festival at Palais des Festivals on May 21, 2017 in Cannes, France. (Photo by Antony Jones/Getty Images)

Adam Sandler has a pretty cool idea that will reunite some of his classic characters.  Get this, Adam wants to bring back all his iconic characters for an MCU-style “Sandlerverse” movie.  The idea came about after Sandler did his latest film Hubie Halloween which contains some references to his movies from the 90s. In the film, deli owner Hubie Dubois must get the people in his town to help him hunt monsters terrorizing his town.  Hubie Halloween is the last of Sandler’s six-movie deal with Netflix, but this “Sandlerverse” idea could be his ticket to a new deal.  Do you like the idea of a “Sandlerverse?”