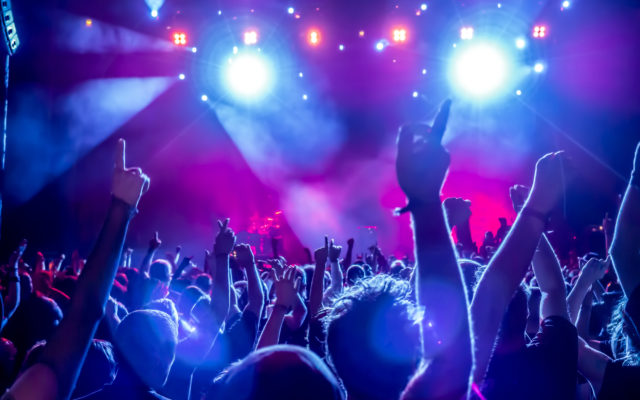 Silhouettes of crowd at a rock concert